Capture points are objectives which can be taken.

In the action game they are normally centred around one or multiple buildings and often a radio or equivalent broadcasting equipment can be found within the point. The reason for the radio is in the past, soldiers capturing the point had to send a report back to HQ reporting that they were in control of this point.

Points with a star shaped background on the map designated O1, O2 and O3 are the main objectives on the map.

Capture points must be captured in a specific order, as they are locked until the previous point has been captured. For attackers they will start at the access point of the alphabetically designated line (A-E) for example B1 while the defenders will start at the main objectives of which it is their mission to defend. Attackers will then push towards the main objectives B2 then B3 etc while the defenders will do the opposite pushing B4 then B3 etc. All points other than the main objectives and the access point are neutral at the start so teams only have to secure the point by having more players on the point. However, once the two teams meet, for one to take control of a point from the other they must first neutralise it once again by having more players on point and then secure it. The speed at which a point is neutralized and secured depends on the number of player from each team on the point for example having 5 more player than the enemy team will allow you to capture quicker than only having 1 more player.

Attackers will also gain a bonus of two minutes extra time added to the clock every time they neutralize and capture a point however if they repeatedly capture the same point, the time bonus will be gradually decreased. 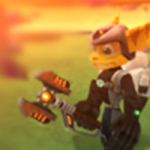 Other Languages:
Community content is available under CC BY-NC-SA 3.0 unless otherwise noted.