Fighter Pilots can be bought with Gold or Credits. The cost of a Fighter Pilot also includes each faction's Reconnaissance planes (Curtiss O-52 Owl for Americans, Henschel HS 126 B-1 for Germans, and Polikarpov R-Z for Soviets). Fighter Pilots are very effective for taking out enemy tanks using their bombs, machine guns, and main cannons to either blow up the tanks by dive-bombing or penetrating their weak top armor through strafing. Pilots (especially those flying medium and heavy fighter planes) are also very effective at taking down Transport Planes, denying the enemy team of any forward ground presence by preventing their paratroopers from getting to their drop point. In longer matches, even a single pilot can take out all the paratrooper transport planes in an Assault Team, rendering them useless. For this reason, it is also a good strategy to send Fighter Pilot Assault Teams with Paratrooper Assault Teams to defend them from enemy fighters. When playing as a pilot against enemy fighters, it is generally a good idea to focus on destroying the enemy fighters first, then moving on to provide ground support. This way, if you succeed in taking out the enemy planes, you will be able to provide ground support with little resistance.

Each plane has unique and distinct handling characteristics, which is best described as unique combinations of speed and maneuverability -- typically, these traits are inversely related. Among the Medium Fighters, the MiG-3 holds the highest top speed of any plane in the game, but because of this, is balanced by having abysmal elevator authority and roll rate at almost any speed, leaving it dependent on boom-and-zoom tactics. For the Americans, the P-40 Warhawk very similarly follows this trend, albeit to a lesser degree. On the other end of the spectrum, the American P-35A and the Soviet Yak-9 both have superior maneuverability but can struggle to attain high speeds in comparison to some of their contemporaries. The German BF-109 series of aircraft, the E-4, and D-1, both lie in between their opponents at their respective tiers in regards to maneuverability and speed.

On top of varied handling mechanics, planes of certain factions will often follow a trend in regards to armament. American planes will typically carry many smaller bombs, and their primary armament will consist of many high-caliber machine guns with deep ammunition pools, allowing for prolonged firing periods, good accuracy, and long engagement ranges at the cost of lower damage-per-second and damage-per-bullet, punishing poor accuracy. Soviet aircraft will prefer nose-mounted armament of either machine guns, cannons, or both, for superior accuracy when engaging targets. Additionally, they will also pack multiple smaller bombs but will carry fewer of them to balance their arguably better armaments. German aircraft pack singular large bombs in a central mounting location for extremely damaging bombing runs against individual targets, and will utilize autocannons in nearly all of their aircraft loadouts, but are balanced by having lower rate-of-fire on their cannons, or have less accurate wing-mounted weapons that are more difficult to aim at range.

While most pilots only carry a wrench, as it is unlikely that you will make effective use of explosives or pistols, it is still advisable to pick up an entry-level pistol for basic ground defense should you bail out of your plane successfully. Anti-tank weaponry such as anti-tank mines may be useful, but also noticeably increase your respawn time, reducing your effectiveness as a pilot; as a side note, your plane is drastically more effective at removing tanks than anti-tank gear, so it is often more advisable to simply get yourself killed as soon as possible (or simply re-deploy via F11 key) 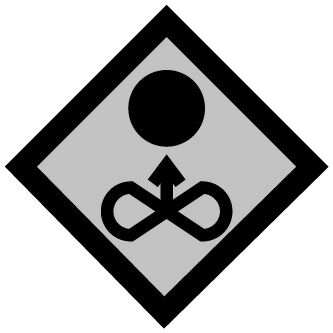 HP values are constant within aircraft groups, regardless of the tier of the individual vehicle. While higher-tier aircraft have various advantages over their lower-tier counterparts, they have the same structural health, armour health and component damage values as other members of their groups.

An important detail regarding health values is that fuselage/base structure hits only deal 50%[4] of their damage to the aircraft's HP pool, so the effective health of an aircraft is closer to double when taking only fuselage hits. Individual components have their own damage multipliers as well, such as ammo and fuel hitboxes multiplying the damage value of hits by 3.[5]

Despite their high base health pool, Recon planes are by no means hard targets. Being slow, cumbersome aircraft, they are easy targets for any opposition to damage or destroy, even with infantry small-arms.

Conversely, despite their low health-pool, Medium Fighters are some of the hardest aircraft to shoot down, thanks to their significantly better maneuverability, lending them an evasiveness not shared with their Recon plane counterparts.

Heavy Fighters find a middle-ground between these two, with a health pool closer to Recon planes, without straying too far from the agility of Medium Fighters. However, they are also the largest targets, a trait that is only partially offset by their decent maneuverability.