Edit
watch 01:36
We're Getting Mutants in the MCU - The Loop
Do you like this video?
Play Sound

Generals - Players participating in the Strategic, (RTS), level of the game. 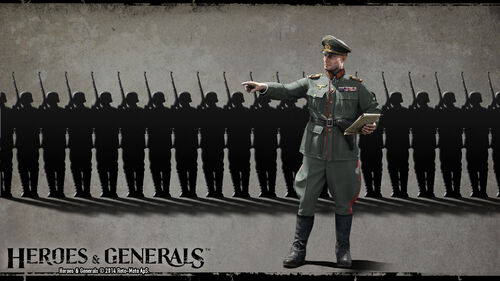 General characters cannot fight in the FPS side of game, and their FPS equipment is returned to equipment depot so that other soldiers can use them if they have unlocked them. A detailed look of ranks show how characters progress and when they can earn command points to help put assault teams in the campaign map.

* Generals cannot play the action game. Once you decide to choose to turn Colonel/Oberst rank
character into a General, they can only be used to support the Campaign game. All purchases will go
into the equipment depot to be redistributed to other characters. This decision is final and cannot be undone.

How to become general?

There are three ways to get a general character: