The S.T. Hand Grenade No. 74, or sticky grenade, is a British explosive anti-tank device invented at MD1, a British research and development program.

Its design consisted of four layers. The innermost layer was a charge of nitroglycerin. The second layer was a woolen knitted sleeve coated in adhesive, surrounding the charge. The third layer was a thin and fragile brittle glass sphere. The fourth and final layer was a steel casing, meant to protect the sphere. Upon removal of the pin, the five second charge began and the steel casing popped free, exposing the glass. The grenade is then thrown by its handle. Upon impact, the glass shatters, exposing the adhesive jacket and causing the grenade to stick to the surface it lands on. It was reckoned to be effective against armour of up to one inch (25 mm) thickness and was suitable for use against "baby" tanks, armoured cars and the vulnerable points on medium and heavy tanks (i.e. gun, observation device, track, etc.).

This design had several flaws. First, should the glass be broken before being thrown, the adhesive could cause the grenade to stick to a soldier's uniform. The adhesive also had problems sticking to very dusty or muddy surfaces. In many cases, the grenade's adhesive did not have enough time or surface contact to adhere to the side of a tank, and would slide off. The grenades frequently suffered damage in transit, rendering them useless. The No. 74 was by all accounts an unreliable and controversial weapon, and was a regular issue of contention between Winston Churchill and MD1's R&D staff. Nonetheless, it was issued to British Commonwealth forces and performed its intended role with some success.

The sticky grenade is relatively strong and it can be thrown from a distance. It is a good anti-tank weapon for common soldiers or paratroopers who can't spare the equipment points for an M1A1 Bazooka. It can also damage infantry, although its damage radius is much smaller than normal grenades. Compared to the Hafthohlladung H3, the No. 74 does less damage, but it does not require the soldier to physically place the mine onto the tank. It is recommended to maintain a safe distance, as the small blast radius is still quite deadly. 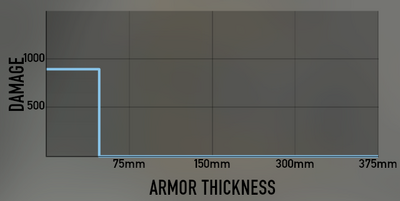 Prior to the Devyatayev update, German and Soviet Union characters were able to unlock and purchase the No. 74 grenade. A captured ST Grenade would cost 20,100 Credits or 325 Gold and was unlocked at Tank Destruction level 7.