The paratrooper class is a light infantry class unlocked upon reaching Rank 7 with a soldier. They have the special ability to jump onto chosen objectives from transport planes. The trade off for their increased mobility is their limited equipment. The paratrooper only has 6 equipment slots, as opposed to an Infantryman's 10. Paratroopers are the only class other then general able to equip the pathfinders and paratrooper assault teams.

Paratroopers have their own unique weapons: the FG42 and the M1_Carbine, for the Axis and Allied Paratroopers, respectively.

Paratroopers are most effective at breaking lines of defenses, being able to parachute behind enemy lines to flank the opposing enemies like recons and other ppl guarding some areas which your units need to pass. Paratroopers are very effective in large and urban environments. The airfield map is one of the most dangerous environments for the paratroopers due to flat and clear lands with many anti air cannons but to stay competitive you should switch to G43 or FG42(German side), Garand or M1 Carbine(Allied side). since these weapons shine in range combat which is immensive on the Airfield. With SMGs you will have a hard time. Paratroopers are not as effective in skirmishes as they are in large battles due to it being unnecessary to traverse by para dropping on small maps. But in general paratroopers need an SMG because the ability to walk in points and clear them fast is with these weapons just ideal. It works with the FG42 just as good but requieres diffrent playstyle since you cant run and shoot at the same time. However you can walk and shoot but since this weapon isnt moddable yet it doesnt shine just as the SMG weapons.

For SMG you start of with the MP34 on German side and with the Grease Gun on Allied side. These are early stage weapons and are lacking rate of fire(RoF). Your main and strongest SMG you unlock with SMG ribbon on rank 5. It is the MP 40 on German side and Thompson on Allied side. These weapons have very good rate of fire on their basic status but when you mod them out they will be the best close quarter combat weapons duo to your mobility and firerate. Only downside is you have only 128 rounds for the MP40 and 120 for the Thompson. Who prefers more rounds can get the russian PPSH but this weapon lacks abit of the rate of fire compared to the the common Smgs of the two factions. ( Note: PPSH is not moddable). If you need more credits however i suggest you to buy the PPSH. It has no upkeep cost and is a killermachine and also avaible for both factions.

Badges are giving you some extra bonuses which you unlock with ribbon levels as far as you do the stuff needed to boost your ribbons. Badges have in most cases 3 Tiers. Bronze, Silver, Gold. Every higher Tier contains increased bonus. For paratroopers there arent many to choose but still how do you know what is best for your gameplay? If you have just one slot i recommend you the Free Fall Badge. It gives you the ability to open your parachute when ever you want. Like that you can open it just before the ground and avoid AA fire from guns, soldiers and other threats like planes. This is the most important badge because you have to land to even start to fight. Else you are just an easy target to be shot down. If you have Veteran membership you unlock a second slot for a badge. This slot depends on your weapon. When you use an SMG i recommed the Hoarder Badge. You earn this badge through the defence ribbon. It gives you each tier one extra magazine. So on gold you get 3 extra magazines. Like that you dont lack any ammo with the MP40/Thompson and you can roll around w/o ammo crates. If you prefer The FG42 LMG on the German side you should take tight grip because it stabilizes your weapon while firing for more accuracy. If you play with Semi autorifles(G43, M1 Garand, M1 Carbine) i recommend to get the vitality badge. It makes you take less dmg which you need in order to survive some SMG fire in close quarter combat. It also protects you from OHK (One hit kill) rifles. Another good option is the marathon badge. As vitality one and the marathon one you unlock it with your fitness of your character( running, swimming, cycling etc.) With marathon badge you increase your sprinting time. So you can run away quickly to dodge bullets. 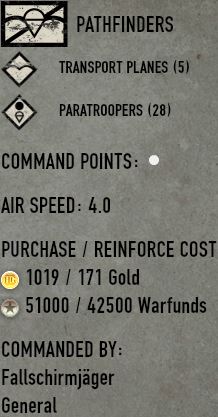 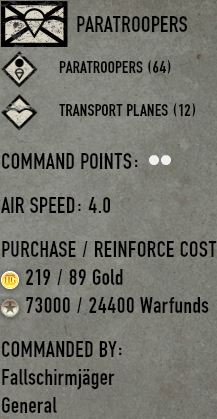