Recon soldiers act as the marksmen of the game and are experts in long-distance shooting; their knowledge of the terrain and their use of camouflage help them approach the enemy without being noticed, facilitating the location of enemy forces. These highly trained soldiers belong to specialized Reconnaissance Assault Teams. To unlock the Recon class you need to reach level 9 in-game. The main role of recon soldiers, as the name suggests, is Reconnaissance: spotting and marking enemy units in the field by aiming at them for a few seconds (especially armored vehicles), alerting the team as to how looming threats need to be dealt with, and if possible, eliminating the most valuable targets when they least expect it. It is this combination of brutal long-range dominance and eagle-eyed observation that makes the recon soldier such a pivotal force on the battlefield. Recon units can sometimes even be used to capture points and set traps inside them, although this is not recommended, as even One Shot to Kill (OHK) bolt-action rifles cannot truly compete with fully-automatic weaponry at close range. Recon soldiers unlock anti-personnel mines, motorcycles, and scopes quicker than the normal soldier. They're also more likely meant to defend, but if used correctly, can prevent whole teams of enemy reinforcements from advancing, allowing their own team to move up and capture the point. The main downside to recon is the small amount of spawns in their Assault Team. 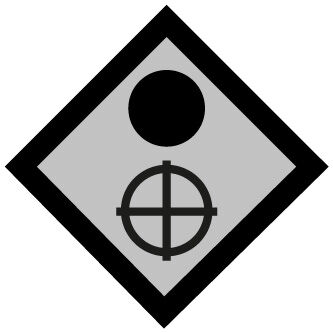 While Infantry can have scoped bolt action rifles, Recons are better for the job. The difference between an Infantry with a bolt action rifle and a Recon with a bolt action rifle is that the Recon has the choice of many more scopes—both in terms of magnification and optics design—as well as having a higher-damage barrel ensuring the one-hit-kill ability of the rifle (unless the enemy is wearing Heavy Set gold); Recons also have the ability to own Infantry Fighting Vehicles (IFVs/Recon cars) (M8 Greyhound for Americans, SdKfz 222 for Germans, and the BA-64 & BA-6 for Soviets). Meanwhile, Infantry can have a bolt action rifle that, at highest damage, can one-hit-kill people wearing Heavy Set bronze but not silver or gold; Infantry are also stuck with a low scope magnification of 1.9x while all Recons have the choice of all scopes that Infantry can have, a mid-powered scope (2.8x for Americans, 4.0x for Soviets, and 4.2x for Germans), and the highest power 8.0x magnification scopes. The main advantage that Infantry have over Recon is that Infantry are more common in War battles and have more equipment points, allowing Infantry to carry SMGs and other equipment alongside their bolt action rifles.

For tips on using the Recon class, click here.